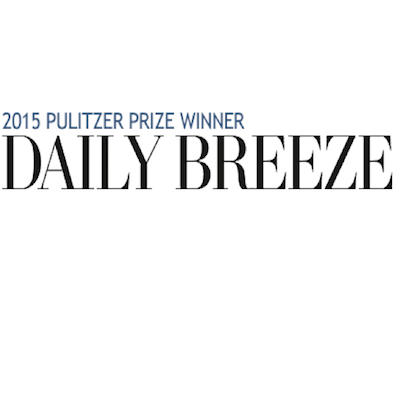 Funding agreement reached for $13.8 million El Segundo aquatics center By Megan Barnes, Daily Breeze POSTED: 11/19/16, 1:53 PM PST | UPDATED: 1 WEEK, 2 DAYS AGO Officials have brought down the price tag of an Olympic-size outdoor swimming pool and aquatics center planned for a new high school in El Segundo and worked out a deal to pay for it — assuming estimates don’t balloon again. Last week, the El Segundo City Council signed off on an agreement holding the city responsible for no more than $1.8 million of the now $13.8 million pool complex, giving any potential savings to a private fundraising group working to raise $6 million. The Wiseburn Unified School District — which recently put the project out to bid — will cover the remaining $6 million. El Segundo already has paid $300,000 on designs for a 53.2-by-25-meter, 10-lane competition pool, a smaller four-lane teaching pool, stadium seating, lighting and scoreboards. South Bay Sports, Health & Recreation, a nonprofit led by philanthropist Richard Lundquist, recently announced it has reached 50 percent of its fundraising goal with donations from Continental Development Corp., Kinecta Federal Credit Union, the Los Angeles Lakers Foundation, Skechers, Mar Ventures and Toyota Motor Sales. BIDS TO DETERMINE PRICE City Attorney Mark Hensley said that if construction bids come in under budget, the group will recoup the savings. If the opposite happens, Wiseburn and the nonprofit must figure out how to raise additional funds. “At that point in time, the parties would have to get together and talk about contingencies, but the city would have no obligation,” Hensley said. Estimates for the project swelled from $10.6 million in 2015 to $14.5 million one year later, sending planners back to the drawing board. Once a contract is awarded, El Segundo will make its next payment of $750,000 in 30 days, and another payment for the same amount after 90 days. Mayor Suzanne Fuentes and Councilwoman Carol Pirsztuk, who have been working with a subcommittee on the project, expressed support for the arrangement. The council was having second thoughts earlier this year when it learned of the cost increase. “We’re looking at the construction with a fiscal focus and making sure we’re doing our due diligence and bringing on appropriate personnel at the appropriate time,” Pirsztuk said. Lundquist has said his group also plans to raise funds for renovations to the 76-year-old Urho Saari Swim Stadium, better known as The Plunge. The city’s historic indoor pool shut down for weeks earlier this year when stop-gap repairs to deteriorating filtration tanks were no longer doing the job. The new aquatics center will be shared by the Recreation and Parks Department, Wiseburn Unified and El Segundo High School swim and water polo teams, and local swim clubs. It could be used for regional competitions. South Bay Sports, Health & Recreation is offering sponsorships, naming rights and spots on a permanent donor wall for individuals and businesses. Wiseburn High School, which be home to three independent Da Vinci charter schools, is under construction and set to open in August 2017. Original source: http://www.dailybreeze.com/social-affairs/20161119/funding-agreement-reached-for-138-million-el-segundo-aquatics-center